Guide Since 2010: WA, OR, ID, MT, Cuba. Joined ROW 2013. Born in Glen Ellen, California, Aylan has been a professional guide since 2010. He holds a BA with honors in Geography with a minor in music from the University of Washington and is presently finishing his masters degree in geography at Portland State University. Aylan’s academic interests lie in understanding how nature, politics, and infrastructure interact and shape landscapes. Outside academia, Aylan has spent the last decade in the outdoor industry, leading and enjoying whitewater trips on rivers across the same landscapes he studies. At the heart of his professional pursuits is a deep desire to connect people to places in meaningful, engaging ways. In doing so, Aylan draws on an extensive leadership and service-industry background. In his spare time, he is an avid cyclist and whitewater kayaker, and a thoroughly middling skier. 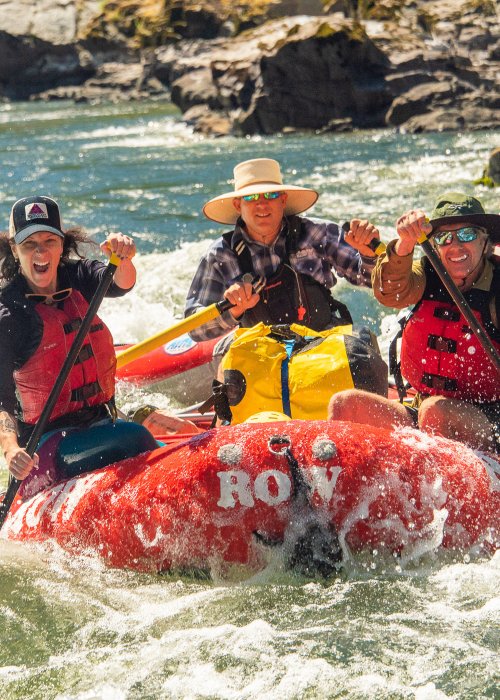 Guide since 2003: WA, OR, ID. Joined ROW in 2007. Tom has a unique skill set. He is able to recite Dr. Seuss’ poem “The Lorax” from memory, brew a mean pint of beer, drive a bus, milk a cow, cook a tasty Dutch oven lasagna, and write a Microsoft Access database. On top of all that, Tom is a great guide and a wealth of information about the Pacific Northwest and the Rocky Mountains. He currently manages ROW’s Rogue River operation where he sings guests to sleep with the smooth sounds of the 70s and his signature number “Waltzing with Bears”. Originally from New York, Tom has a B.S. in Natural Resource Management from Cornell University and an extensive work history ranging from a YMCA summer camp director, to transportation director for a Washington ski area, and finally a river guide. Tom also has a passion for all things bacon, tinkering and pop music. 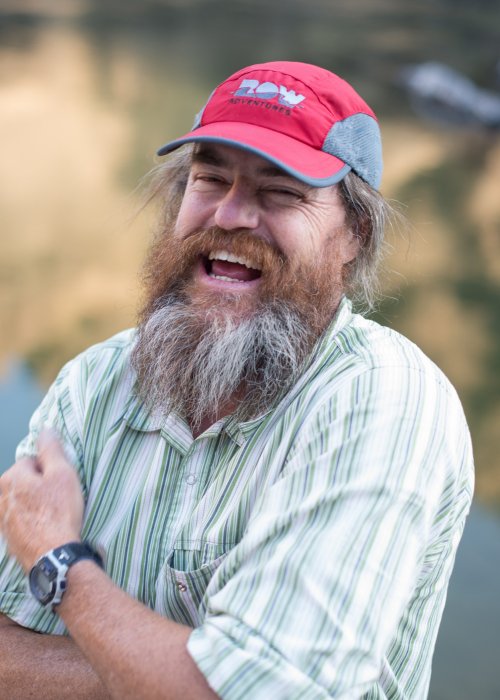 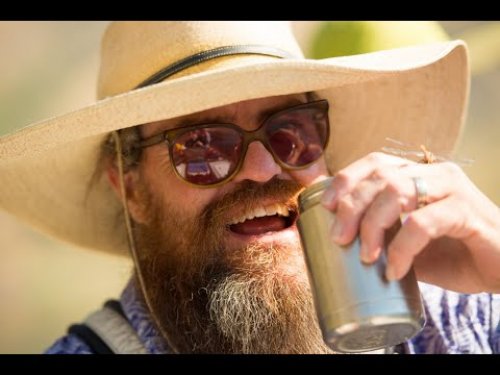 Guide since 1988: WV, CO, CA, MT, ID. Joined ROW in 2002. A native of the Nutmeg State, Connelly Brown (“CB” to most) now resides year round in the mountains of Northeastern Oregon with his wife and two kids. CB has been a guide since, wait for it, the late 1980s. For years he worked as a “migrant wave farmer,” living out of his truck as he followed the snowmelt and work from one river to the next throughout the year.

In 2002 he joined the ROW team and has served as both a guide and manager. While guiding a ROW trip, he met the woman who would become the love of his life. They now make their home in northeastern Oregon, where CB runs a backcountry ski business. One of the quirkiest and most pleasant of people, CB is all about keeping it mellow and making memories on the river. Whether fishing for sturgeon, charging the big hits, telling stories or leading a hike, CB has a way to make your experience unique. He is also a Certified Interpretive Guide. 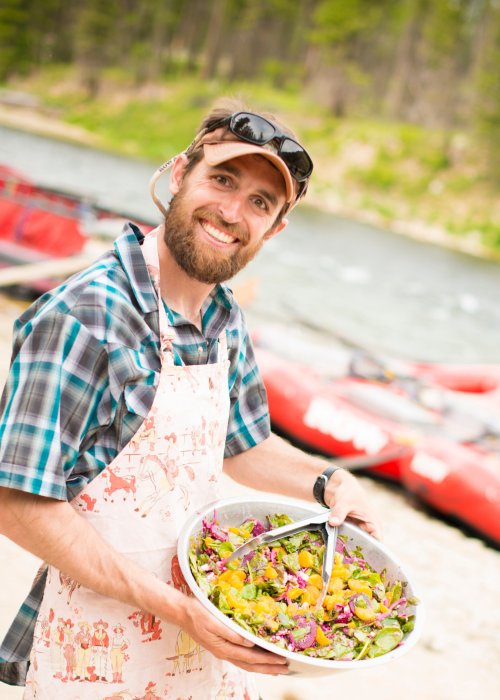 Guide since 2002: AK, MT, ID, OR, Costa Rica, Guatemala. Joined ROW in 2008.  ROW’s former Operations Manager and a current PhD student at the University of Montana, Peter loves to tell stories.  In fact, he’s far more likely to share a tale about an early homesteader, discuss western water policy or talk about wolves than remember a joke, even if he’s heard it twenty times.  Born on the prairies of Kansas, Peter grew up splashing through the creeks and sleeping under the stars of western Oregon where his mom ran a Lutheran summer camp.  He ran track and cross country for Whitworth College and later earned an M.S. in Environmental Studies from the University of Montana.  In addition to river guiding, he has also taught environmental education courses in Montana and Central America, worked as a journalist and referees high school basketball.  When not on the river, he is likely to be found knee deep in a Montana trout stream, watching birds, hunting for elk, telemark skiing, sharing conversation over a local IPA or reading a good book.  He looks forward to the day when seeing Salmon on a ROW trip is no longer a rare experience. 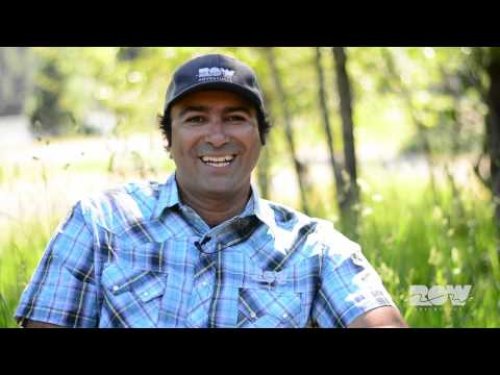 Guide since 1998: WV, ME, CO, ID, MT, Peru. Joined ROW in 2005. John Hernandez hails from the Biggest Little State in the Union, Rhode Island. He attended at Springfield College where he was an All-American Volleyball Player and earned a Master’s in Outdoor Recreation Management.

While in college he discovered a love of kayaking and started guiding rafts in 1998. After several seasons in West Virginia and a stint in Peru, John headed west to Idaho in 2003 and has guided with ROW ever since.

John brings a huge smile, great boating skills and tremendous sense of humor to the job. If anyone were to convince you there really is such a thing as a left-handed paddle, it would be John. When not providing campfire entertainment, sharing the history of early boating in Idaho or pointing out bighorn sheep, John cooks up great riverside fare, including some fabulous dutch oven lasagna. He is also an avid fly fisherman, beer connoisseur, and sports fan. 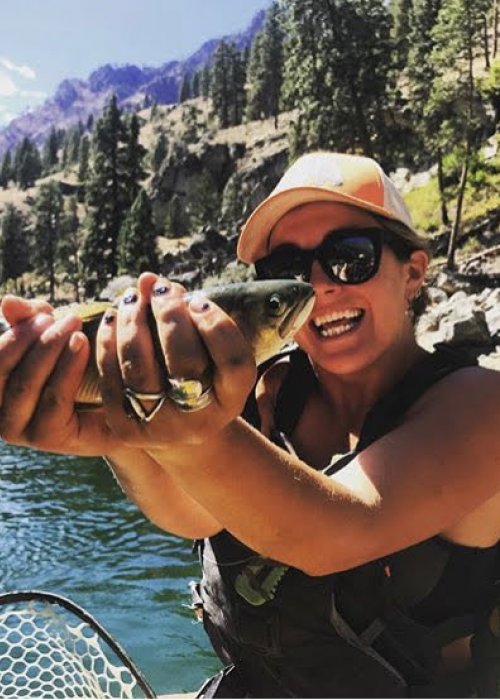 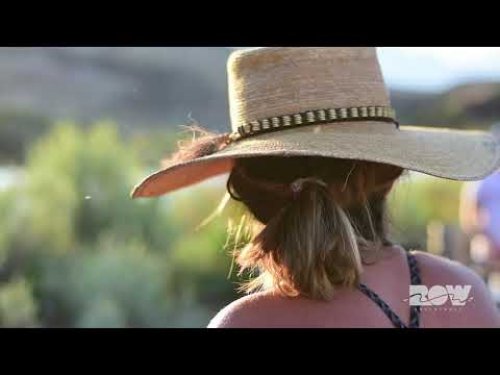 Guide since 2010: ID, MT, Baja, Cuba, Galapagos. Joined ROW in 2010. Landon grew up in Tennessee (Go Vols!) before moving West. After a stint in Alaska, her love of the river led her to Idaho. Despite what they tell you, Landon proves that river guides make use of their college degrees. Her Spanish degree helps her navigate Cuba, where she leads a variety of adventure travel trips in the winter. Her M.Ed. in Curriculum Design comes in useful when she designs and gives several guide development workshops and trainings a few times a year. One of ROW’s top interpretive guides, mergansers, coniferous trees and river-based murder mysteries fascinate her. She is also one of those rare river guides who does not own a truck, or any vehicle for that matter. Instead, this self-described “professional passenger” bikes, walks, takes the bus, flies or finagles rides when need be. In the off-season she works with ROW in Cuba. 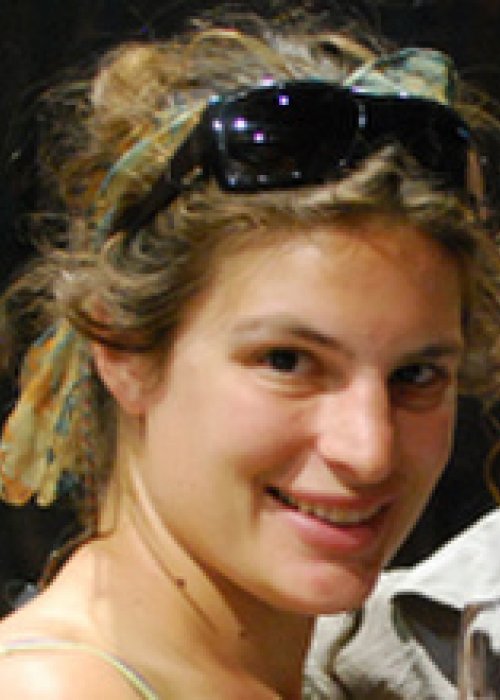 Guide since 2009: ID, MT, OR. Joined ROW in 2008. Lenore grew up in Lewiston, Idaho, a stone’s throw from the confluence of the mighty Clearwater and Snake rivers. As a kid she raised polyphemous moths in the family kitchen and went fishing with her dad on the Lochsa river. While studying for a biology degree from Washington State, she swamped Hells Canyon trips for ROW in the summer of 2008 and got hooked on rivers. She returned to guide the following year and traded a scientific research career for experiencing the natural world with fellow travelers. Her favorite part of guiding in Idaho and Oregon is the rugged remote canyons and free flowing rivers. When not guiding, Lenore now works in Human Resources, specializing in the outdoor industry. 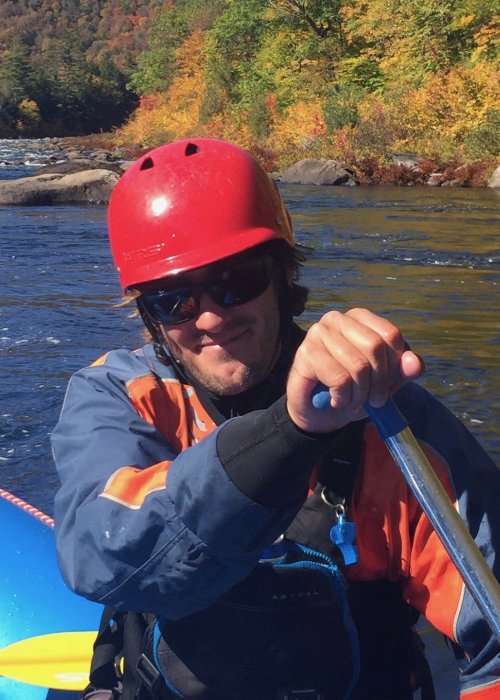 Guide since 2014: ID, CO. Born and raised in Steamboat Springs, CO, Jonas can't remember life before rafting. While most children took their naps at home, Jonas recalls taking his naps in a raft...mid-rapids! His sense of oneness with the outdoors led him to pursue his Bachelor of Science at Colorado State University, where he studied Natural Resource Recreation and Tourism. His favorite thing about guiding in Idaho is the warm weather, great whitewater, incredible scenery, intriguing wildlife, and sense of solitude. When not on the river, you can find Jonas skiing, backpacking, climbing, fly fishing, or traveling. Fun fact: Some of his hidden talents include speaking Danish and juggling! 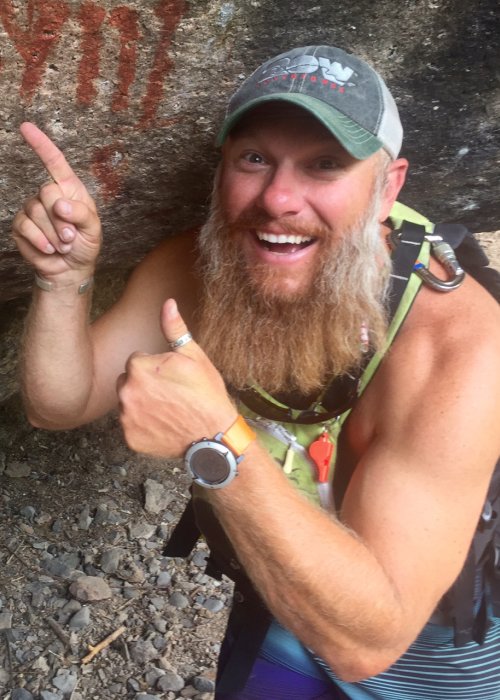 Guide Since 1999: CA, CO, AZ, ID, MT. Joined ROW in 2014. A boater since high school, Brian has an impressive guiding skill-set and has benefitted from a two-decade whitewater career. While Brian’s impressive river resume makes him a valuable asset to the ROW team, folks most often remark about his steadfast enthusiasm and eclectic passions. An accomplished ceramic artist, Brian holds a Master of Fine Arts degree in Ceramics from California State University, Fullerton and teaches ceramics at the college and elementary school levels. For personal enjoyment, Brian competes in kickball for the World Adult Kickball Association and plays the American flute (a real highlight on river trips). 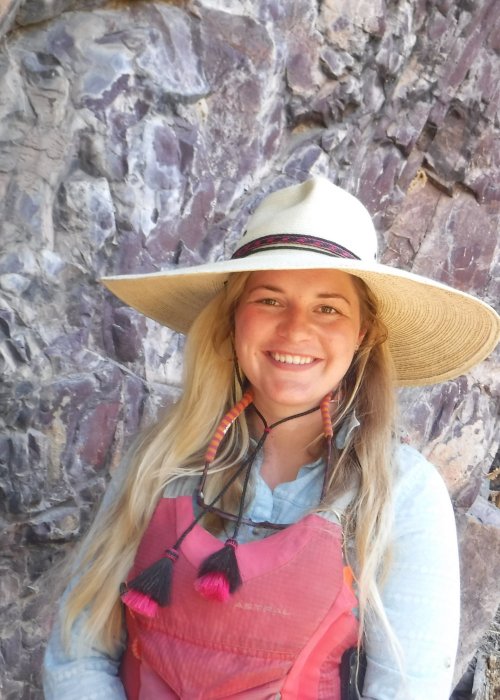 Guide Since 2015: ID, MT, WA. Joined ROW in 2015. A third-generation river guide, Madeline was more or less born to guide Idaho’s wild rivers. She’s a talented river chef, a practiced rower, and itinerant world traveler (having grown up in Europe and worked in Nepal). While Madeline’s coworkers appreciate her indefatigable and positive outlook, guests are likely to be impressed by her language abilities in French, German, and Nepali, as well as her knowledge of Salmon and Snake river history. Currently a student of International Agribusiness at Utah State University, Madeline spends her (often precious) free time fly fishing, skiing the Wasatch, and playing with her giant Labradoodle, Fozzy Bear.