The Rogue River in Oregon flows from the Cascade Mountain Range near Crater Lake National Park. It passes through a wide variety of topography including dramatic natural rock formations and its canyons are home to a large amount of wildlife and an abundance of a variety of flora. This Rogue boasts of over 80 rapids and whitewater treats that are exciting to all levels of river rafters.  It also plays host to fishing enthusiasts who come from all over the world fish its healthy waters.

Our Rogue rafting trips flow through the most remote and scenic canyons of the Rogue River where the surrounding forest is brimming with wildlife, watching your every move as you cascade down the river. Most people leave with memories of river otters and deer, and if you're lucky you may even see a black bear on the shores. Another wildlife highlight is the incredible variety of birds you'll see swooping gracefully through the air and perching on pine branches. Keep an eye out for osprey, great blue herons, and the majestic bald eagle.

The variety of conifer and hardwood tree species, as well as evergreen shrubs in the Rogue River canyon is impressive. The most common plants are evergreen hardwoods such as tanoak, madrone and chinquapin. There is also Oregon white oak on the south-facing slopes as well as Canyon live oak. There are also older forests of conifer species such as sugar pine, the mighty ponderosa pine, douglas fir, white fir, incense cedar and pacific yew. Beneath these grow rhododendron and salal.

The Siskiyou and Klamath Mountains, through which the Rogue River flows, are world renowned for botanical diversity. During our spring rafting trips on the Rogue the canyon is in full bloom. There are a number of unique and rare plants including various mosses and fungi. It’s always exciting to find the endemic Rogue River stonecrop (Sedum moranii) sometimes found on cliff faces and rocky outcrops. The white flowered ginger is another beautiful species we see as we raft the Rogue River.

The Rogue River was named by French fur trappers who arrived here in the early 1820’s and had skirmishes with the local Indians of the area. The French called these people “les Coquins” which means “the Rogues” and named the river “La Riviere aux Coquins,” the Rogue River.

The Rogue River has seen people living along its banks for thousands of years. Early Native Americans lived along the Rogue, or “Gelam” River. These included the Takelma, or Da-Gel-Ma, names that translate t o mean “those who live alongside the river.” Upstread were another band of Takelma called the “Ha-ne-sakh’s” meaning the “rotten log people.” Near Galice Creek was a band called the “Tal-tuc-tun-te-de” and further downriver were the Tutuni. . These people lived off the land, eating acorns, salmon, steelhead, deer and various plants including camas. 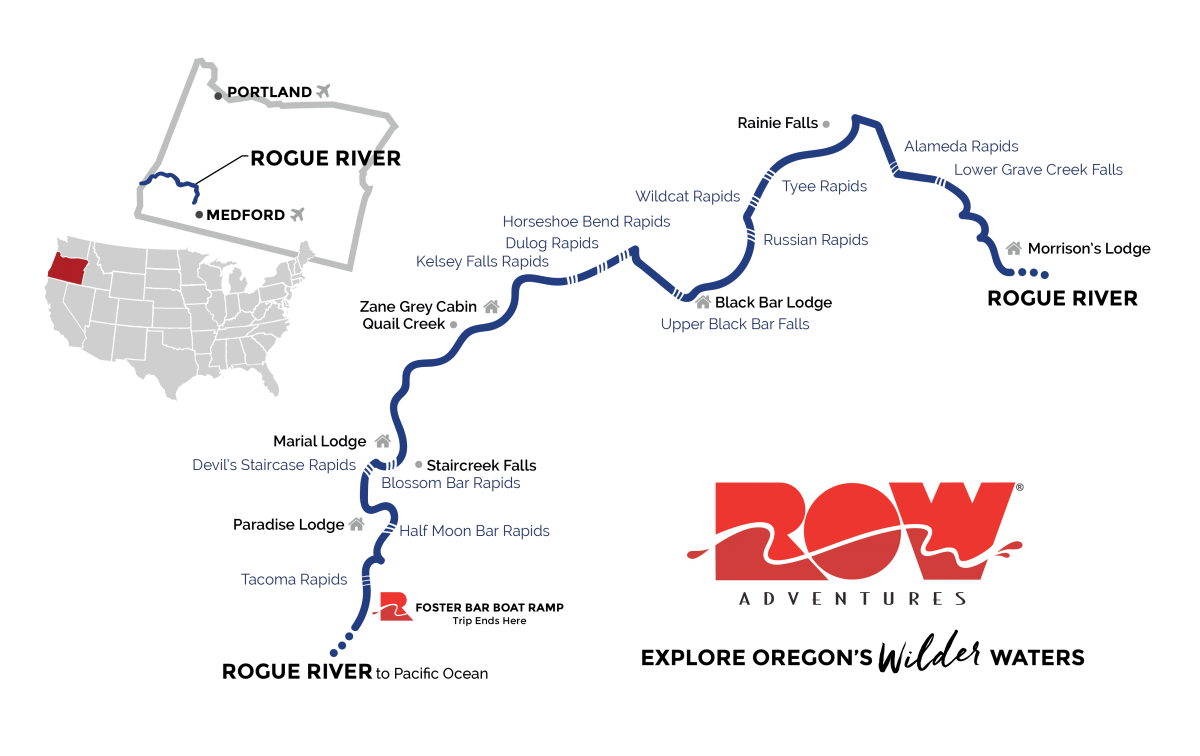 Unique to the Rogue River are lodge-based trips that give visitors the creature comforts of a cozy lodge and warm bed combined with outdoor adventure including river rafting, hiking trips and fishing.

Adventures on the Rogue River 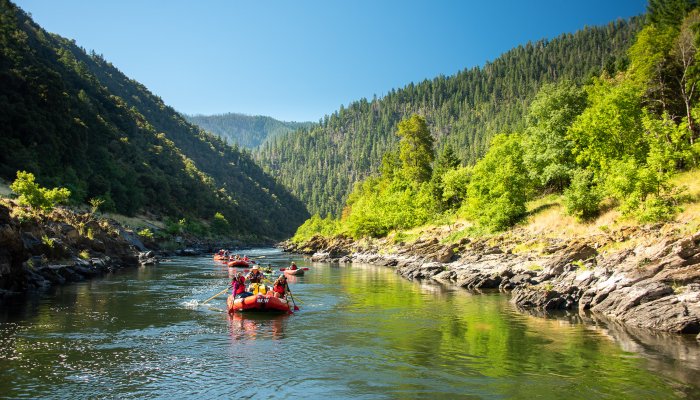 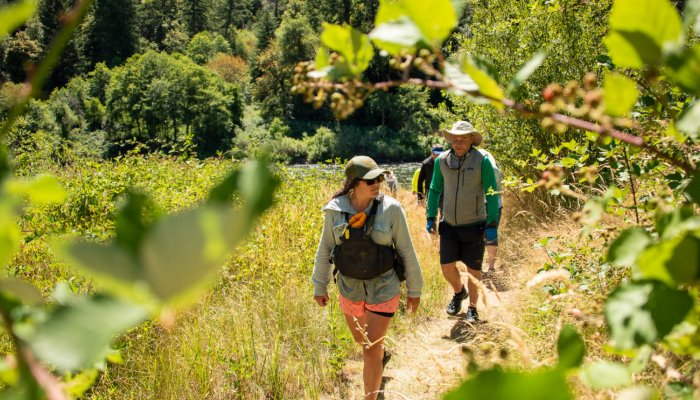