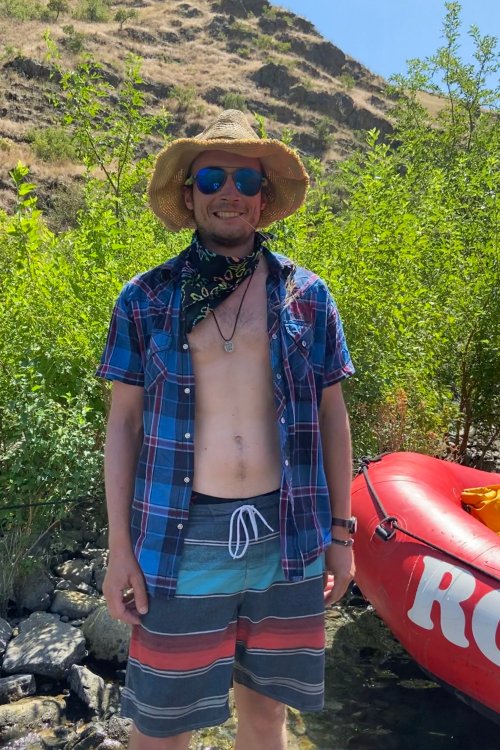 Originally from Spokane in Washington state, Jake has adopted Oregon as his home and says that it holds a special place in his heart. He loves sharing it with guests and believes that the Rogue River is one of the best ways to experience what the state has to offer. After being introduced to rafting during his college years (by his dad), Jake became a guide in 2016 and has since worked throughout Oregon, Washington, Montana, Idaho, and Alaska. He has also skied since he was a youngster (in fact, he also works as a pro ski tech) and loves biking and surfing when he’s not on the river. Among his most amazing life experiences was witnessing the Milky Way and Northern Lights from  the rainforest. Jake’s talents? Giving new things a shot and dancing!