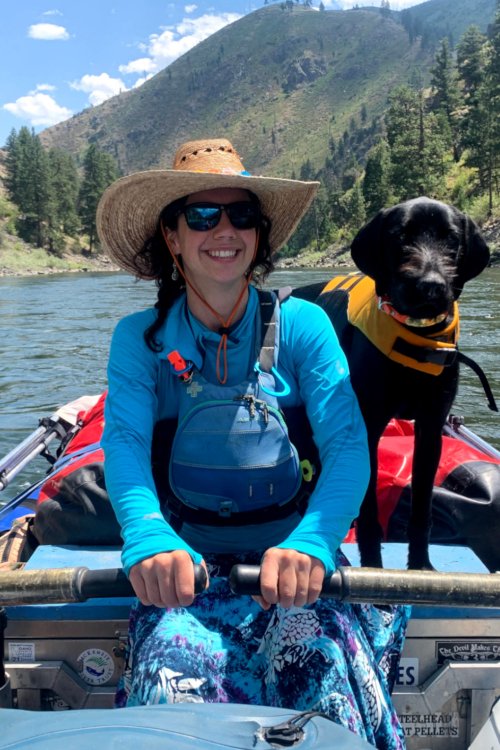 Originally from Ithaca, New York, Jen now calls Oregon “home” and loves how many amazing outdoor spaces the state has to explore. She first got into rafting after being invited onto a Rogue River trip in 2010 and said that she immediately purchased her own raft and started learning how to row. Since that day, she’s spent as many days on the river as possible and believes the trip was a catalyst for so many positive changes in her life. Eight years later, she quit her desk job and became a guide, running the same river where her rafting journey began. Jen holds a Bachelor of Science from Cornell University and studied law at the University of Oregon, and describes herself as an “excellent bread baker”. When not on the river, she’s at her small hobby farm where she has chickens and cattle (as well as the occasional sheep, goats, and pigs), as well as 600 dwarfing apple trees for making apple cider. Jen also has two dogs that love being on the river as much as she does!