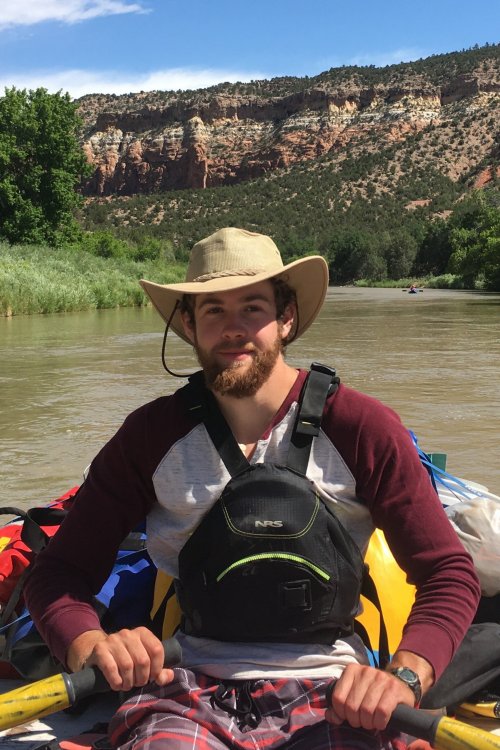 Originally from Taos, New Mexico, Connor Young is a Computer Science major who began river guiding in 2021. He has since worked on rivers throughout Idaho, Washington, and Montana, and says that he loves seeing clients fall in love with the “overlooked” recreational landscapes of Idaho’s panhandle. Connor first went down a river with his parents at just 18 months old but it wasn’t until he got involved in rafting in college that he saw how it could bring people together. Case in point: flipping on a race course in New Mexico and seeing how quickly people sprang into action as a team. When he’s not on the river, Connor can usually be found on a bike and says his special skill is putting 15 bikes in a trailer in 15 minutes. His experiences in the outdoors have ranged from flipping on a bucking horse at the age of 6 to sailing across the Atlantic Ocean on a 40-foot yacht and bike-packing the length of New Zealand’s South Island.