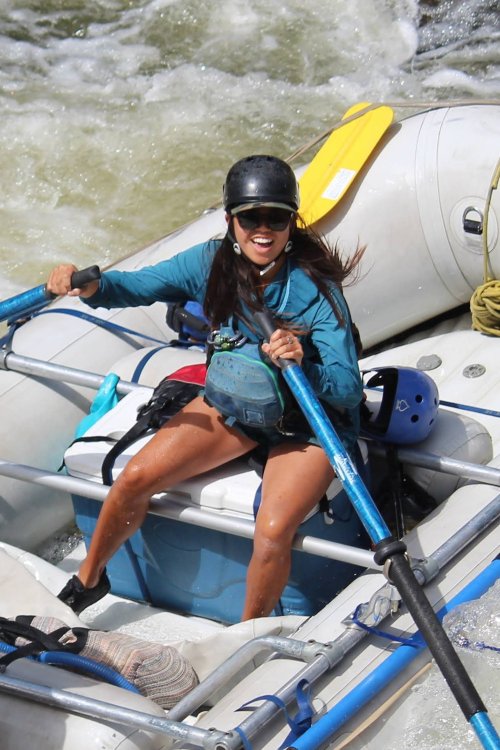 Not only can Milly make the perfect soft-boiled egg every time but she was also on Team USA for figure skating (and does a pretty amazing backflip to prove it)! Originally from Clifton, Virginia, she first got involved in rafting in 2017 on the Kern River and has worked as a guide in California since. She holds a BA in Political Science from the University of California Santa Barbara and is currently preparing for PA school. One of her most amazing experiences? Paddling out amidst a bioluminescent plankton bloom and getting to surf glowing waves! A notable second is seeing a guy named Greg lose his pants in a rapid named “Fred Lost His Pants”. When she’s not on the river, Milly is climbing, skiing, and throwing sticks for her dog “Ducky”.