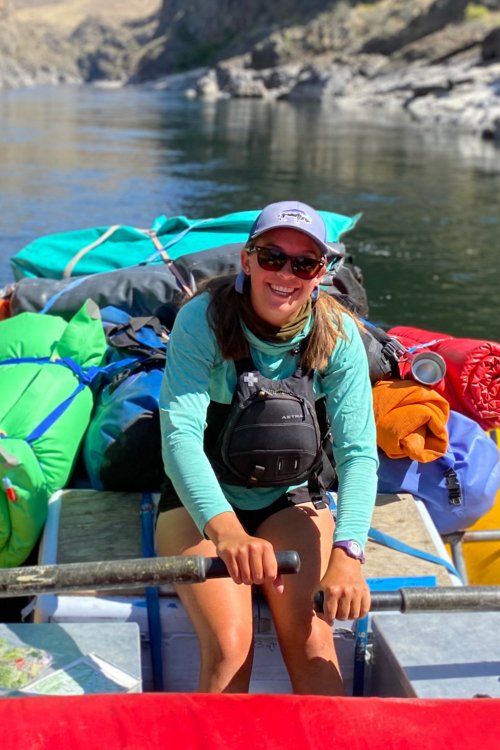 Karoline’s career on the river began in 2014 as a swamper and she’s since completed a degree in Environmental Studies from Lehigh University. But her experience in the rafting world began as a kid when she used to accompany her mom down the Payette River and she says that being on the water has “consumed” her summers ever since. Originally from Boise, Idaho, she believes that her home state is a hidden gem and she’s passionate about sharing its rivers and mountains with people who are experiencing them for the first time. Karoline loves learning about the region’s birdlife and fish (particularly sturgeon and salmon) and describes her special skill as baking pineapple upside-down cake. When reflecting on her most amazing life experiences, she says that spending a night completely alone in the Sawtooth Wilderness as being up there with the best.