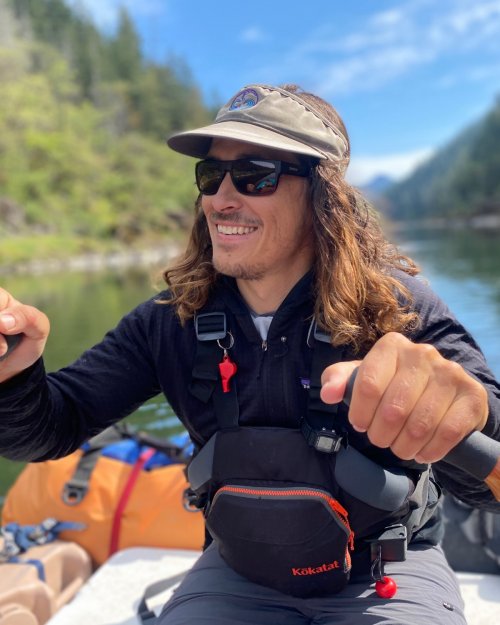 With both of his parents working as guides, it makes sense that Lake Tahoe-born Jake has gone down the same path. In fact, his first river trip was on the Rogue when he was just 18 months old! As a child, he regularly joined his dad on river trips and looked up to the guides as “some kind of superheroes”. He remembered his first flip on the Truckee River as “so much fun”, although his dad wasn’t quite as impressed. While Jake has worked as a guide in California, Colombia, and Guatemala, he believes that Idaho boasts some of the best river trips in the world and he loves being immersed in the state’s natural and cultural history. If you needed proof that Jake is an adventurer at heart, he’s also jumped off Half Dome and El Cap in the Yosemite Valley, several times! Jake holds a Bachelor’s degree in Journalism from the University of Nevada and plays drums in a rock band, as well as being good at fixing things (thanks YouTube!).