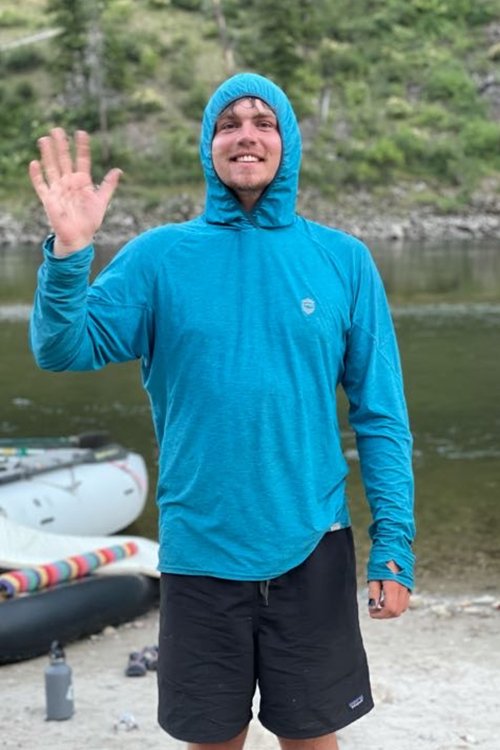 Garrett has been guiding with ROW Adventures since 2019 and loves the feeling of being in the “Wild West” that Montana offers. Originally from Brooklyn, New York, he holds a Bachelor's Degree in Environmental Sociology with a minor in Outdoor Studies from St. Lawrence University and first got involved in river life while at college. One of his most treasured childhood memories is throwing snowballs at New York City taxis before quickly running away! When it comes to his most amazing life experiences, Garrett describes seeing the sunrise atop the tallest mountain in New York, Marcy Mountain, followed by sunset from the top of the One World Trade Center as up there with his best days on Earth. Aside from being a skier and a tennis player, Garrett describes his special skill as being able to fit everything he owns into his Subaru Outback.