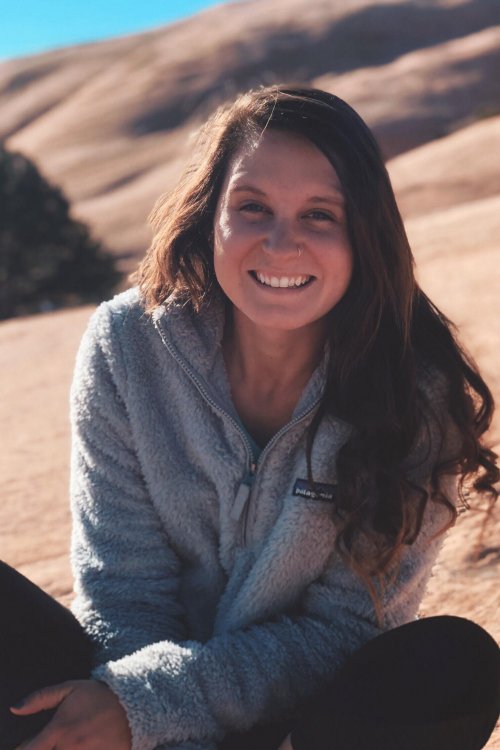 Originally from the urban jungle of New York City, Dylan describes seeing a clear, starry night sky for the first time in the Berkshires as one of her most memorable childhood moments. Her first encounter with rafting was after she moved to Moab in 2016 and she says that watching the sunset over the desert while hiking in La Sals Mountains also left a pretty big impression on her. In Utah, Dylan worked in wilderness therapy for two years and has traveled to 48 of the 50 states (as well as visiting 42 of our 63 national parks! She holds a Bachelor of Arts in Theatre Education from Emerson College and when she’s not on the river, you’ll probably find her listening to podcasts, singing, and playing the piano.