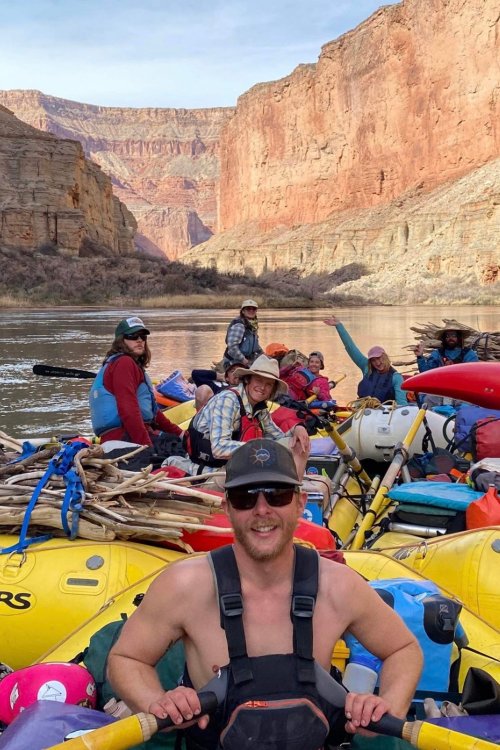 Originally from Camden in Arkansas, Austin is an aspiring birder who first got into guiding in 2017 while living in Haines, Alaska. He’s passionate about fostering responsible stewardship of the Chilkat Valley and is involved with the nonprofit Lynn Canal Conservation. One of Austin’s earliest river memories was canoeing Arkansas’ Buffalo River with his mom and getting dumped out and forced to swim a small rapid. Since then, he’s guided on rivers in Colorado, Arizona, and Idaho, with the “Gem State” inspiring him thanks to its pristine wilderness. That being said, it’s the Futaleufu River in Patagonia that stands out in his mind as one of his best adventures of all time. Not only is Austin a trained kinesiologist but he loves playing banjo and mandolin. When he’s not on the river, you’ll probably find him adventuring in the Snowy Mountains.