In our blog “The Top 5 Whitewater Rapids in the Pacific Northwest” we touched on some illustrious names.  It’s always difficult to narrow any subject down to the “best” as it’s such a relative term.  We turned to ROW Founder Peter Grubb for his thoughts.  “I totally agree with the list our guides came up with.  Those are fantastic rapids.  Here are a few more that are equally superb, but because they are on lesser-known rivers, are sometimes missed.  One reason is that some of these rivers have short seasons and we can raft them only in the spring.  On low water year, we may not get to raft them at all.”

So if you're looking for some incredible rapids that go beyond the house names in the rafting community, consider stepping off the beaten path to some of these lesser-known rivers. We promise your experience will rival the classics! 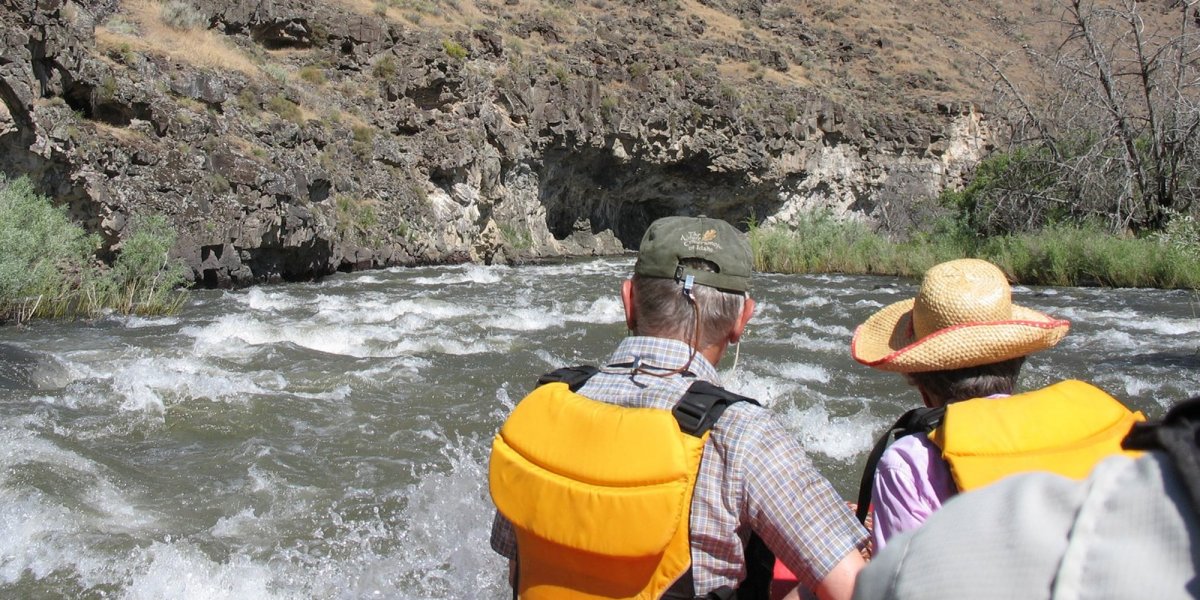 1. Five Mile Rapids
As the name implies, this is one long stretch of whitewater.  When the Bruneau River in the far south of Idaho is running high, Five Mile Rapids actually feels like one long rapid.  As the water drops to medium or low levels there is more space between the rapids and this section of the river takes on more typical pool and drop characteristics.  Within Five-Mile Rapids a number of solid class IV head turners including: Boneyard, Devil’s Garden, Nemesis and Wild Burro.  These rapids are choked full of rocks, pour-overs, hydraulics and, surrounded by vertical cliffs of red and brown rhyolite making this one of the most spectacular whitewater runs in the world. In addition, the Bruneau, along with the Idaho sections of the Owyhee River, are the most remote, least developed wilderness rivers in the lower 48 states. 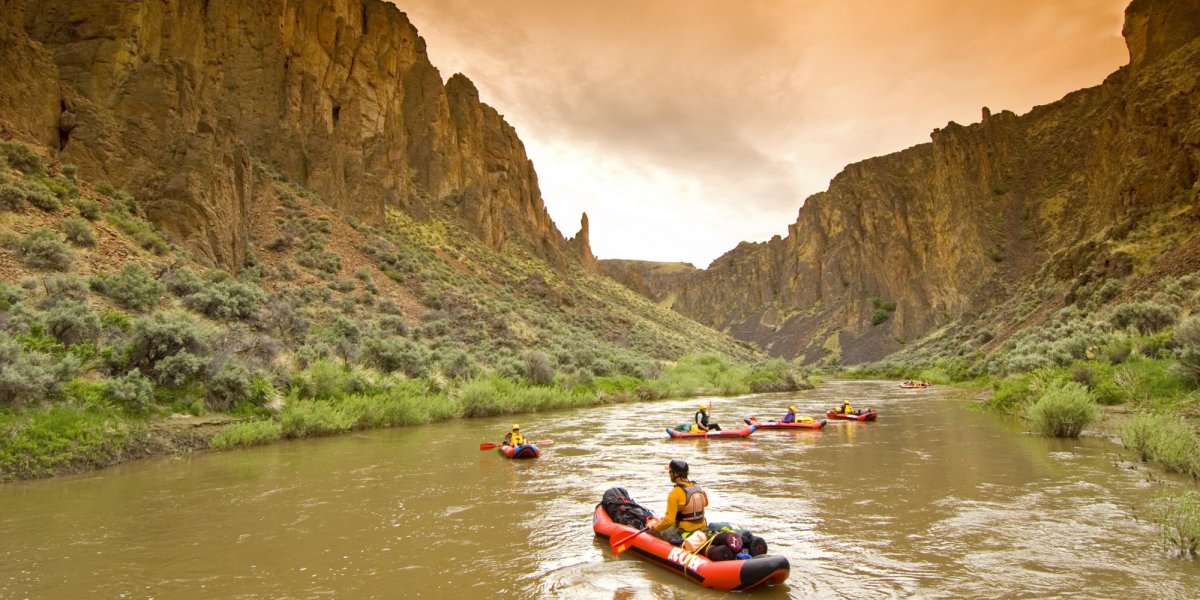 2. Cable Rapid
On Idaho’s main stem of the Owyhee, there are a number of very challenging rapids.  One became the nemesis of drift boaters in the 1950s and ’60s.  If you don’t know, a drift boat is a wooden boat normally used for fishing, but Oregon whitewater pioneers used them to access a number of difficult rivers.  Often rapids that are too risky to run can be portaged.  This requires carrying everyone around the rapid and it’s no small task.  Cable rapid is one that is usually portaged at certain flows.  Wanting to avoid some of the hard work, early drift boaters strung a strong metal cable on the right side of the river and used it to gently glide their boats in the air along the river’s edge.  The cable is defunct now, and there is a relatively short portage over a huge table rock on river left. While you can’t normally run Cable Rapids, the unique aspect of being in such a remote river canyon and portaging is a wonderful (if physically tiring) experience to have. 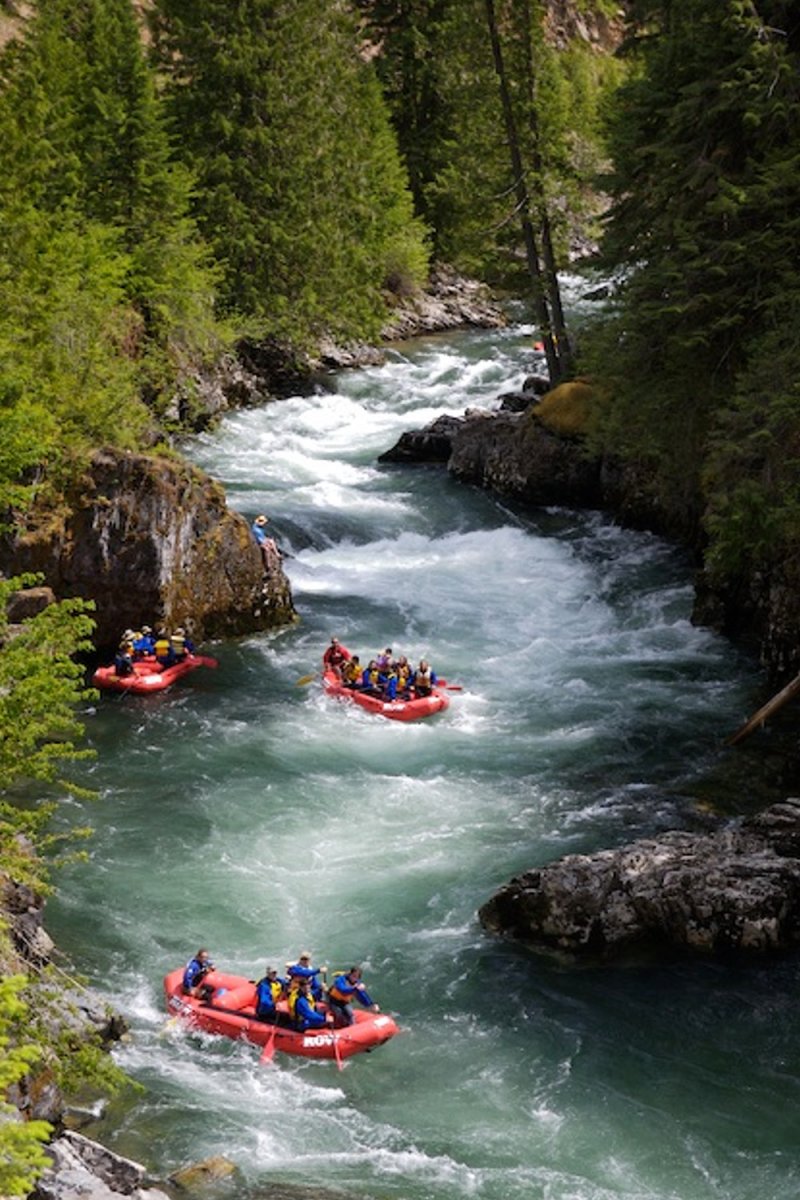 3. Tumbledown Falls
Some 80 miles upstream of where the Shadowy St. Joe enters Lake Coeur d’Alene, is a rambunctious 15-mile section of whitewater.  Flowing between banks lined with cedars and firs, the emerald waters of the St. Joe are reason enough to raft this gorgeous river.  But there are also a number of fun paddle-bashing rapids.  One of these is Tumbledown Falls.  The entrance is about 100 yards of steep and fast whitewater that requires quick moves to miss rocks and holes.  Then the river takes a very sharp left over a 6’ drop.  Hit is straight and you’re good.  Hit it crooked and there may be more excitement than you bargained for.  Immediately after the sharp left a wall of rock forces the river back to the right. Paddle on! 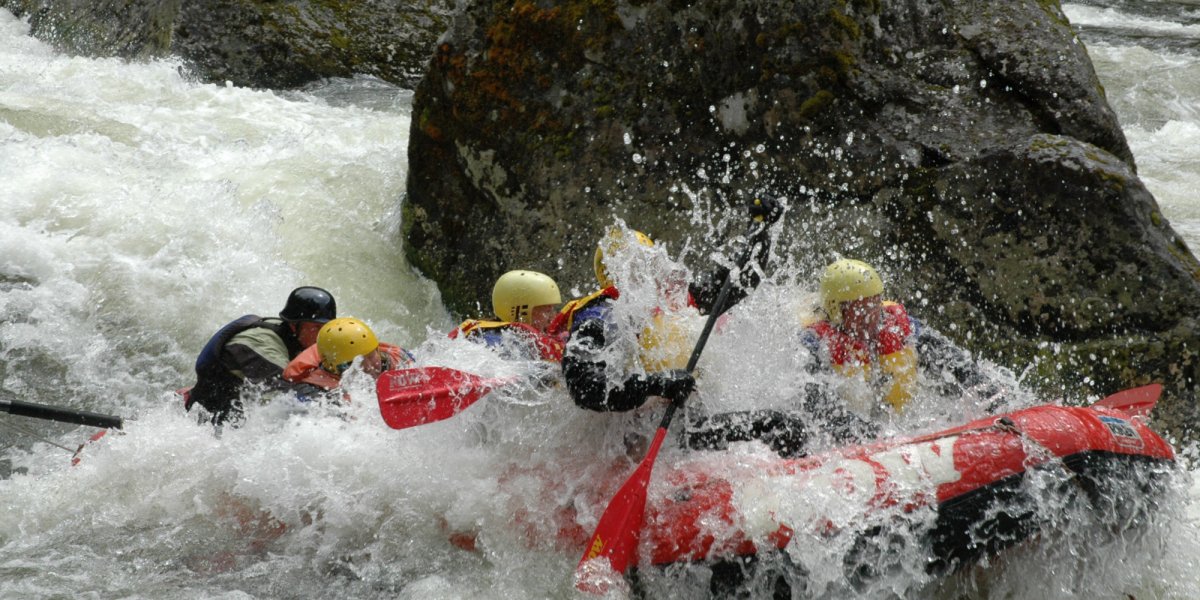 Idaho’s Lochsa River is considered one of the top 3 class IV river trips lasting 1-3 days in the United States.  In 40 miles there are are more class IV rapids than you can shake a paddle at!  Bloody Mary, the Grim Reaper, Termination, Lochsa Falls, Castle Creek, Log Jam and Horsetail Falls have been the subject of many a guide’s tales around evening campfires.  But one of the most beguiling is 10 Pin.  As you might imagine, it’s full of rocks and the entrance has 3 gates to choose from.  Beyond those gates are two monstrous boulders.  Guides choose to split them or go far right.  Sometimes Plan A turns into Plan B.  Don’t miss a chance to run 10 Pin on the Lochsa. 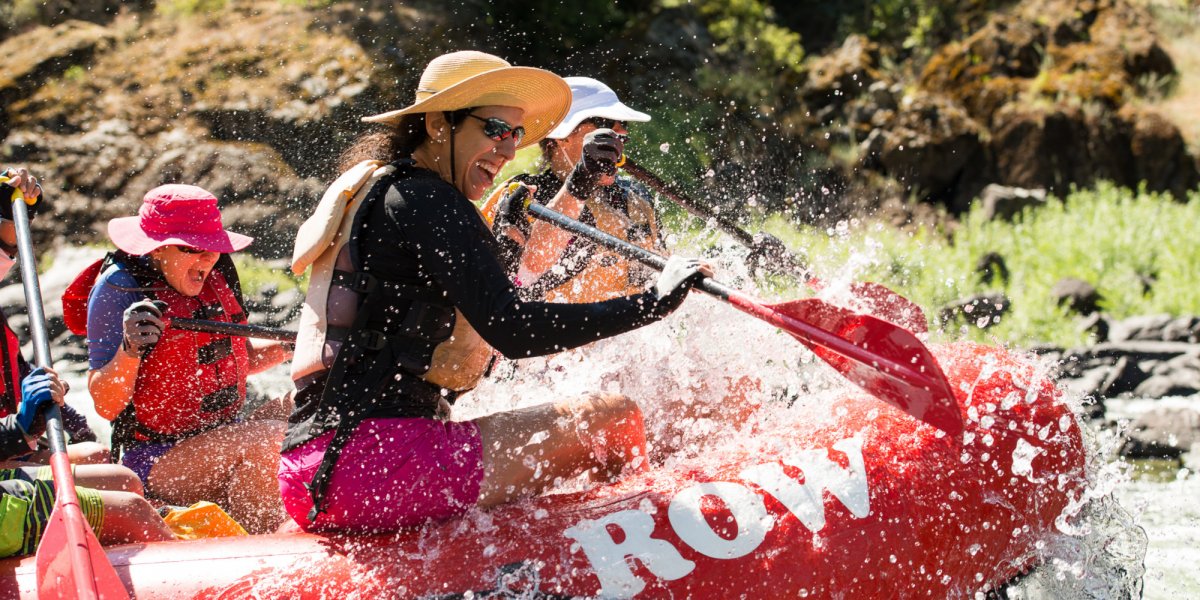 5. Whitehorse Rapids
The Deschutes River is Oregon’s most popular river for a number of reasons.  It’s just two hours east of Portland, and while it may be raining there, it’s almost always hot and sunny along the Deschutes.  People flock here for the blue skies and vitamin D, but also for the fun rapids.  Trips on the Deschutes last from one day to five days, and there is a popular day-trip section that is also part of longer trips.  Trips that start at Warm Springs and go for 2-3 days get to run the exciting Whitehorse Rapids.  For those unfamiliar with the rapid, it’s a good one to scout.  Over a half-mile long, there are a number of choices in terms of where to go while dodging rocks and holes.  Halfway through the river splits and guides decide – left or right?  The Deschutes River is full of surprises and Whitehorse Rapids is one of many. 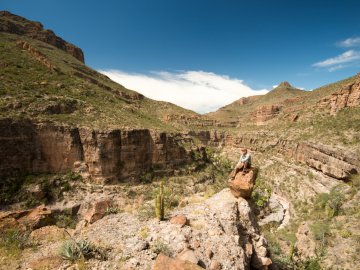 By Michelle Darnell with Peter Grubb

Michelle Darnell and Peter Grubb partner on content curation for the ROW Family of Companies.