The Deschutes is a gem of a river in the sagebrush steppe desert east of the Cascade mountains in Oregon. Beginning at its source at Little Lava Lake southwest of the central Oregon city of Bend, it flows north quite a way before it reaches the sections of the river where ROW Adventures operates rafting tours.  This section is known as the “‘Lower Deschutes” and begins after the river flows out of Lake Simtustus at the Pelton Dam.  This 100 miles stretch that ends at the mighty Columbia river, is famous for its fabulous fishing, remote camping, spectacular scenery and exciting whitewater.

People come to the Deschutes to enjoy all the attributes that a rafting trip offers.  For many, it’s the fun, splashy rapids that are the attraction.  Because the rapids are intermediate in nature, this rafting trip is suitable for beginners while also satisfying to the experienced rafter. These features also make the Deschutes ideal for Family Rafting vacations. You will get the opportunity to run mostly class II-III rapids on the Deschutes with a little bump to class IV for Oak Springs rapids near the town of Maupin. For more detail about what the classes of whitewater mean, see our page on the rapids classification system. 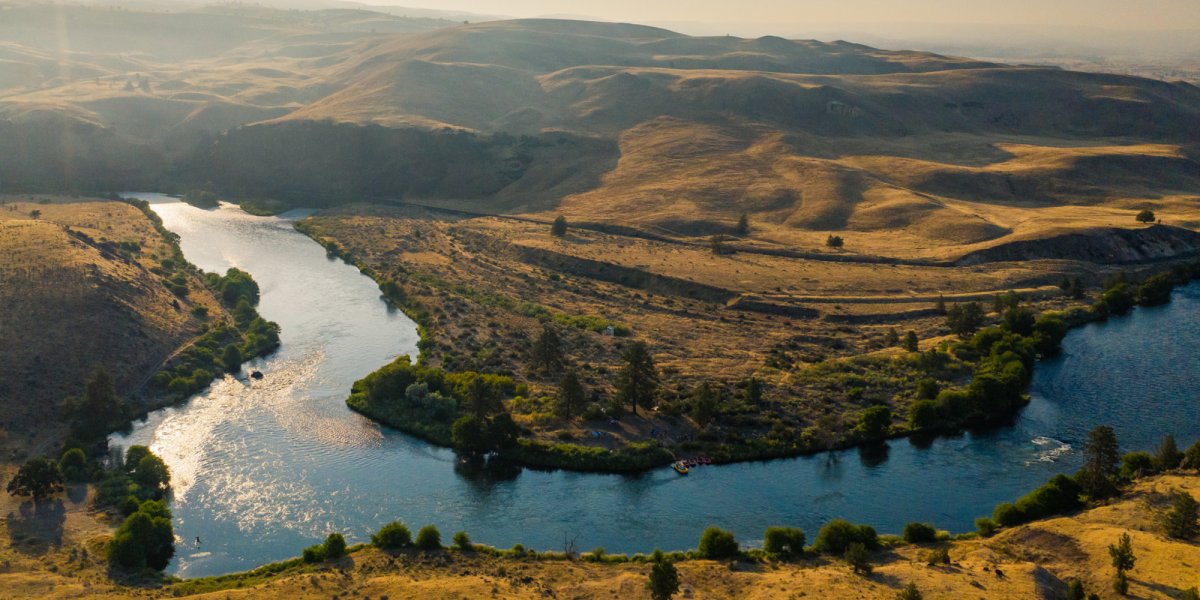 A gentle section of the Lower Deschutes River in Oregon, taken on a ROW Adventures trip

ROW’s three and four-day Deschutes River rafting and camping trips include some rapids in the more remote sections of the river, as well as a number of rapids to finish the trip in the vicinity of the town of Maupin. Throughout the trip, your guides are there to skillfully navigate the rafts  through the whitewater.  It is a great way for anyone, even those new to river travel, to have an introduction to the beauty and fun of traveling on ‘river time’ and understand why river rafting has held a place as one of America’s greatest vacations since the 1960’s. 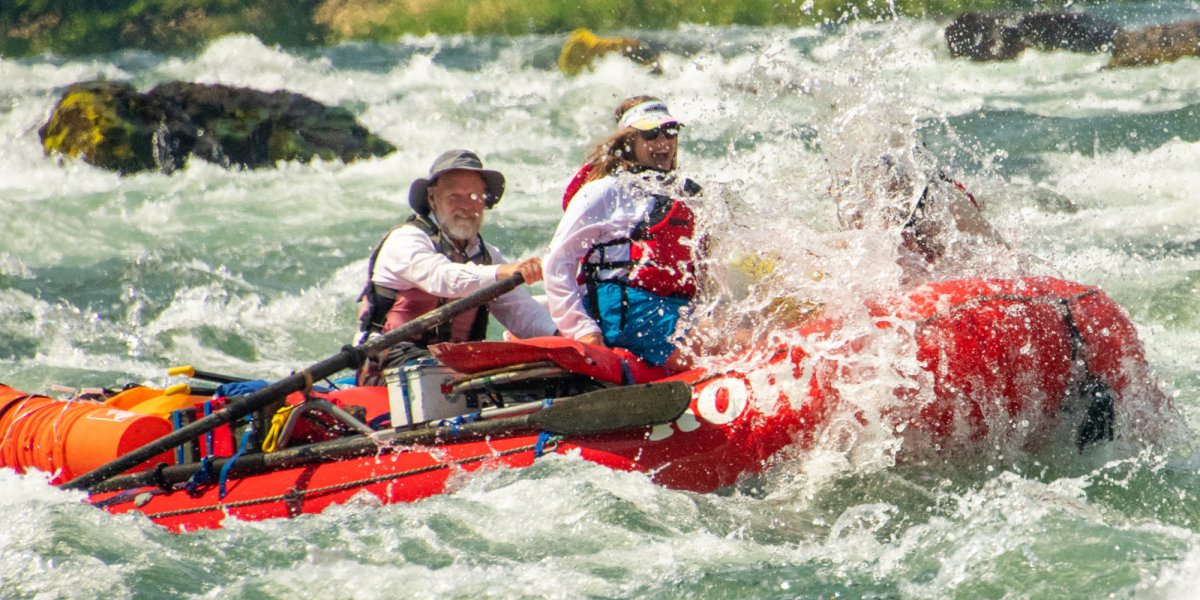 On the first day of the trip, you will be treated to numerous class II rapids as the river winds back and forth through the canyon bottom. On our four-day trips, the first day has some of the most spectacular basalt cliffs to be seen along the river’s entire course. The three-day Deschutes trip starts about 10 miles downstream of the four-day, but in either case, the first day is a great warm up before the bigger rapids begin.

On day two, the first big rapid that challenges us is Whitehorse Rapid which is created by rocks strewn across the river.  Whitehorse rapid starts with a splashy, steep class III section that leads to a mile-long section of class II-II+ ‘busy water’ with plenty of waves and excitement.  Buckskin Mary rapid, the next class III rapid, is a few more miles downstream and is created as water squeezes between rock piles on both sides of the river.  It’s a rambunctious roller coaster ride down a wave train that culminates with a bigger wave at the bottom. Just below Buckskin Mary, Four Chutes is another class III rapid with a series of medium size waves sure to make everyone smile!

Day three (or day four on a four-day trip) includes a relaxed section of water as you float through the canyon toward the town of Maupin. This is the same stretch that is popular as a one-day tour offered by a number of rafting companies. In this busier section of the river, three major rapids as well as some fun waves keep everyone paddling.  Between the rapids there’s time to enjoy the beautiful riverside scenery of this central Oregon treasure. 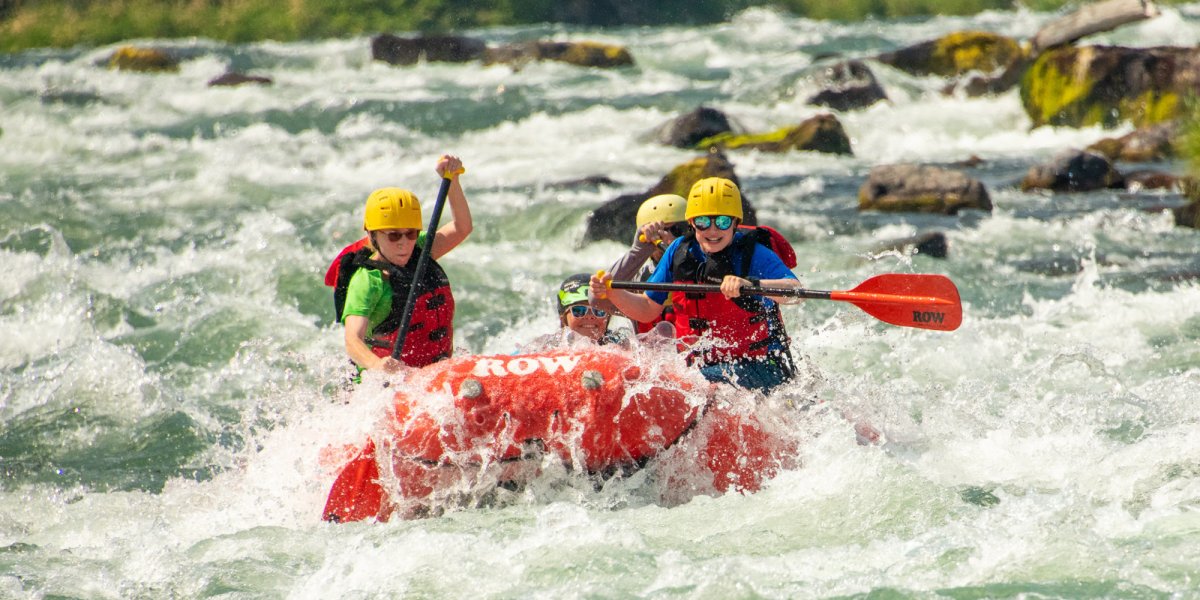 Wapinitia Rapid is yet another class III rapid where waves and rocks mix and a guide’s favorite. Next up is class III Boxcar Rapid, so named because of a train wreck that happened here in 1954, leaving a steam engine and one of the train’s boxcars in the river.  All of the train has since been removed from the river, but the memory of it remains in the rapid’s name.

After a float through the town of Maupin and past Maupin City Park, more small rapids greet you as you approach Oak Springs Rapid, rated class IV. The river splits to pass an island, and running Oak Springs involves choosing one of two channels.  The smaller left channel has a couple big waves in it, while the right channel has a steep and fun drop into a recirculating spot called 'the hole’. To run 'the hole’, your guide may ask you to stop paddling just in time to get down in the boat, hold on and splash through. After getting through either of the entrance moves, several more waves and rocks keep you busy. The last few miles to the Sandy Beach takeout include several class II and class II+ waves to keep things exciting and finish the trip on a high note.

Perfect for beginners and expereinced paddlers

A river trip on the Deschutes is the perfect mixture of beginner friendly rapids and summer desert sun mixing together for the enjoyment of all. This is an especially great introduction for first time rapid runners, but anyone who loves rivers will find the dramatic, nuanced beauty of the Deschutes a wonderful place to spend time with family and friends. 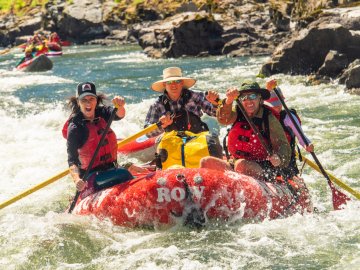