How to Make the Perfect Dutch Oven Apple Crisp

A Dutch oven is defined as a cast-iron kettle with a tight cover used for baking in an open fire; a metal shield for roasting before an open fire; a brick oven in which cooking is done by the preheated walls; and a heavy pot with a tight-fitting domed cover. Before you get started on the Apple Crisp, read our tips on using the Dutch oven in the best possible way!

First of all, the secret to successful Dutch oven cooking is using the proper amount of heat both above and below it. Ideally you’ll want to take the coals out of the main fire and place them to the side (about two feet from the fire) and then place hot coals on top of the lid. This distributes the heat evenly and will help you avoid burning your food on the bottom. Depending on the length of time you need to cook your dish, you can try moving your Dutch oven to a fresh, hot layer of coals every 20 to 30 minutes.

After 43 years of backcountry cooking for large groups, we know a thing or two about Dutch oven cooking here at ROW. Learn the secrets to cooking in a traditional Dutch oven in our Dutch Oven Cooking on the River blog. 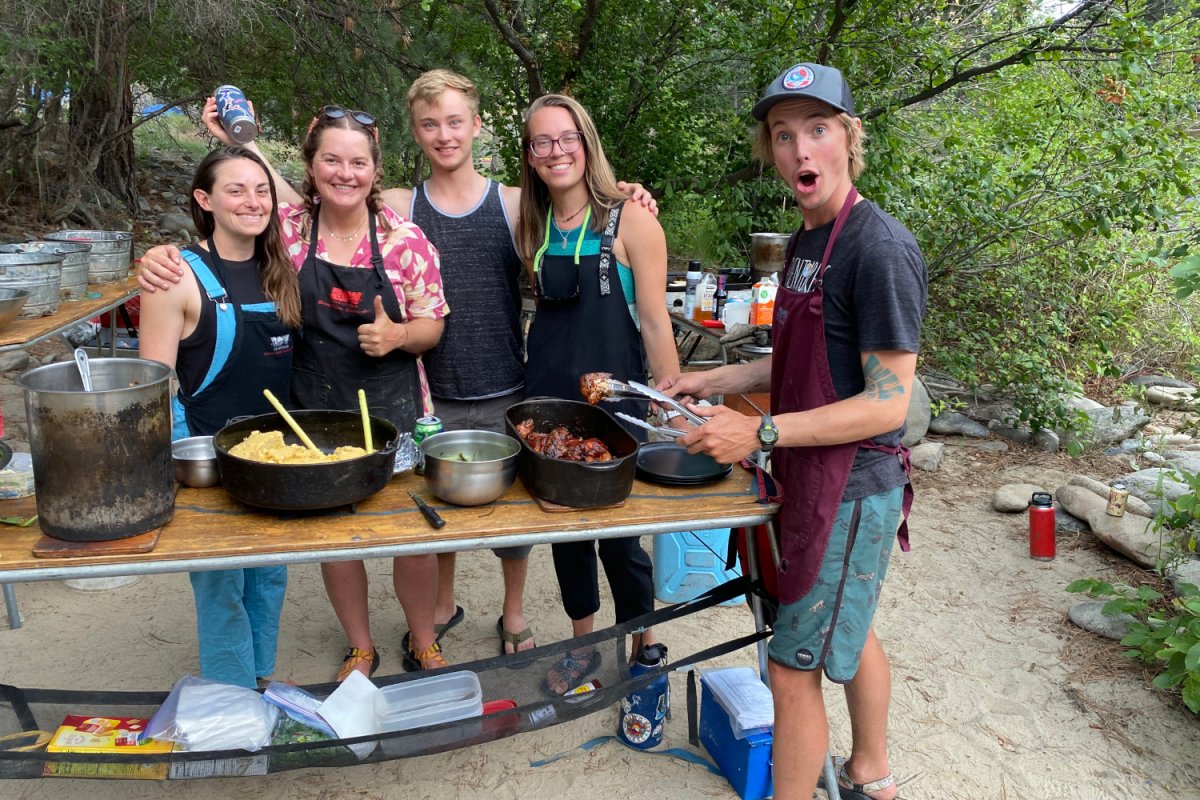 A team of ROW River Guides busy at work in our backcountry kitchen.