A note from Peter Grubb, Founder of ROW Adventures, on the meaning of rivers in his life

My own introduction to rivers came during a river rafting experience in 1970 on an 8th grade science club trip to the Stanislaus River in California’s gold country.  I remember being enthralled by the experience.  Eight years later the coffin lid was closed and the Stanislaus no longer flowed free, as the spillways of the New Melones Dam were shut, thus flooding another of earth’s stunning river canyons.  The image of those frolicking rapids, the banks of oak and manzanita, drowned under placid waters is a sad one that stays with me.

After my sophomore year in college, I got a job as a whitewater rafting guide on one-day trips in West Virginia.  Unlike college, where one works for some future prospect, running rapids is filled with immediate challenge and gratification.  Assuming one is still in the boat, and the boat is upright, the end of each rapid is cause for celebration, and the end of the day, full of satisfaction of a job well done.  By the end of that summer I wanted to share the inspiration I found in rivers with others, but within the context of longer trips where true friendships could form.  That brought me to Idaho in 1979.

Idaho, you may know, has more whitewater river miles than any state in the United States  - 3500 miles in all.  The next in line is California with roughly half that many.  The rivers of Idaho are legendary – the Salmon, Snake, Lochsa, Selway, Clearwater, Bruneau, Owyhee, Teton, Henry’s Fork, Bear, Payette, St. Joe, Moyie and on and on.

That river season cemented my passion for rivers. I ran the Colorado through the Grand Canyon in March, guided in California in April and May, and in Idaho from June through August.  In September I drove my ‘59 Rambler Station Wagon to the Rogue River in southwest Oregon, trained there and got my Oregon outfitter’s license.  On November 11, 1979, ROW was officially born.

As they say, the rest is history. Together with my life partner Betsy, we have shared a life immersed in rivers.  They have been our livelihood and our life blood.  They have brought us so much joy and more importantly, joy and inspiration to the tens of thousands of people that have been on our trips over the years.  We have seen people inspired to go home and quit their jobs to pursue their true dreams.  We’ve seen people wake up to the beauty of their world. 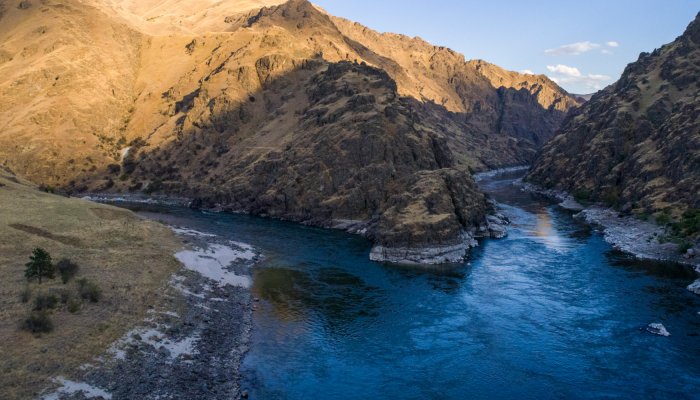 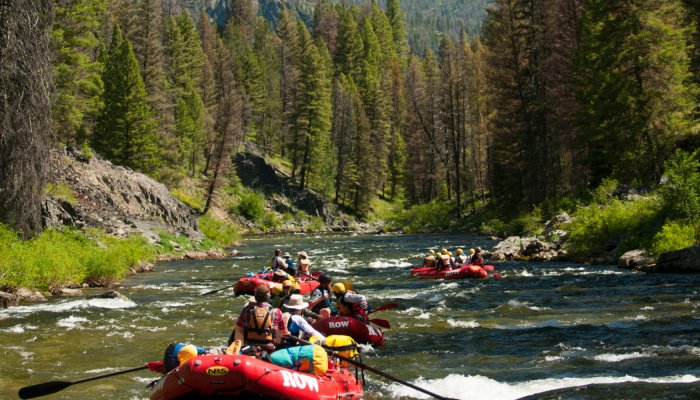 The Salmon River is the longest free-flowing, undammed river in the lower 48 states of the United States. Being undammed means that flows are unregulated, determined solely by nature.

Where Does the Deschutes River Start and End?

Oregon’s most popular whitewater rafting trip, the Deschutes flows north from the east side of the Cascade Range, through the city of Bend, and on to the Columbia River.  Along the way, it offers several sections with fabulous whitewater rafting as well as legendary fishing.