The rich tapestry of Indigenous people in the Columbia River Basin begins thousands of years ago.  Around flickering campfires, stories were passed from generation to generation.  These were stories of the animal people and the human people that instructed values and inspired spirituality. They were the thread of daily life.

The Indigenous people in the area of the Deschutes River lived from the land and from the river.  This is the ancestral land of the Tenino people, originally comprised of four Tribes, the Tygh (Taih, Tyigh), the Wyam (Wayámɫáma) (Wayámpam) the Tinainu (Tinaynuɫáma) and the Dock-Spus (Tukspush) (Takspasɫáma). Today, they are represented by the Confederated Tribes of Warm Springs, along with numerous tribes from surrounding areas, including the Wascos and Paiutes, that were forced to relocate to the Warm Springs Reservation commencing in 1855.  While these Tribes are connected to this region, they observed different ways of living.

The Wasco bands were Chinookan-speaking people that relied primarily on fish for their livelihood. In addition to fish, the Wasco bands also traded with other tribes that lived in, or traveled through, the area. They traded their fish and other items for beads and roots as well as horses from the Nez Perce to the east.

Like the Wascoes, the Warm Springs bands also fished. They had their own language, Sahaptin and were more nomadic than the Wascoes. They moved from summer to winter villages, a tradition that allowed them to harvest a larger variety of game, roots and berries. Even though the two tribes had different customs and spoke different languages, they also traded heavily with each other.

To the south of the Wascoes and Warm Springs bands, lived the Paiutes who speak a Shoshonean dialect. Their customs were quite different and since the land where they lived wasn’t as rich in game or fish, they moved around more to hunt and gather. The Paiutes roamed over a huge territory stretching from what is today western Utah, southern Idaho and southeastern Oregon to as far northwest as the Deschutes River.

Fishing was of paramount importance to the tribes of the Columbia Basin. The Columbia river and its tributaries used to have tens of millions of sea-going anadromous salmon, steelhead and lamprey that migrated to and from the Pacific Ocean along the river corridors of the Columbia river watershed. The mid-Columbia tribes built amazing wood scaffolding over roaring rapids and cascades in order to harvest fish with long-handled dip nets, a practice that is risky and takes great skill. Various fishing methods were used in addition to dip nets, including hooks, spears and traps. Traditionally, men caught the fish while women prepared and dried them on large open-air racks. You can see examples of these on our trips when we pass by Sherars Falls where tribal members still fish for the spring and fall chinook and steelhead that pass through the falls each year on their way to their spawning grounds. 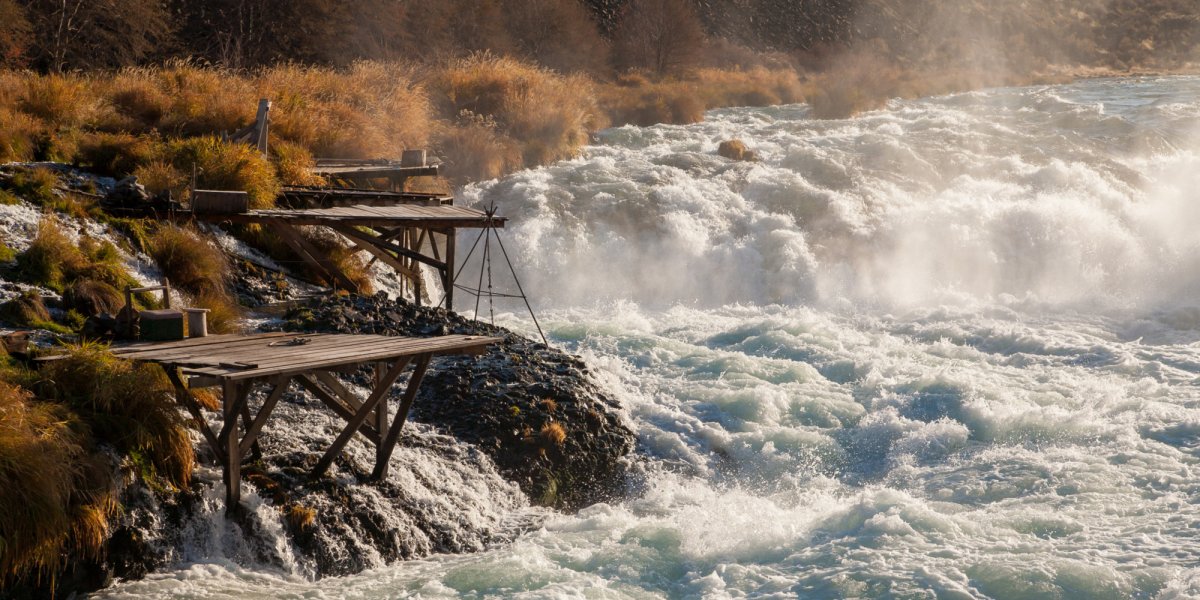 They also harvested other types of fish, including sturgeon, suckers, whitefish, and the lamprey eel.  The lamprey was particularly abundant and considered a sacred food source. As a species, lamprey are older than dinosaurs, having been around for some 450 million years. Like salmon, they are anadromous, born in freshwater rivers, then moving to the sea and back to the river.  Anadromous fish bring the nutrients of the sea with them when they come, and after they spawn and die, their bodies feed the land and have been for millennia.

Because fishing was possible only during the runs in the spring and fall, some of the tribes also traveled in family groups and bands to gather other foods. Along established routes, they would go from the lower Columbia near the Deschutes, upstream to visit other tributaries such as the Touchet, Tucannon, Umatilla, Walla Walla and Snake rivers.  In these areas, they would gather roots and berries and hunt for deer and elk. They would also trade with other tribes during these journeys.

This way of life, that had existed for thousands of years, began to erode as European settlers moved west. They brought conflict to the Indians, as well as disease. U.S. government policy was not kind to the native peoples and in 1855, the superintendent for the newly-formed Oregon Territory got orders to remove the native people from their lands. He accomplished this through a series of negotiated, albeit manipulative, treaties, one of which established the Warm Springs Reservation. Under the treaty, the Warm Springs and Wasco tribes relinquished around 10 million acres of land – an astonishingly huge area. However, they reserved the Warm Springs Reservation for their exclusive use along with rights to harvest fish, game and other foods off the reservation in their usual and accustomed locations. 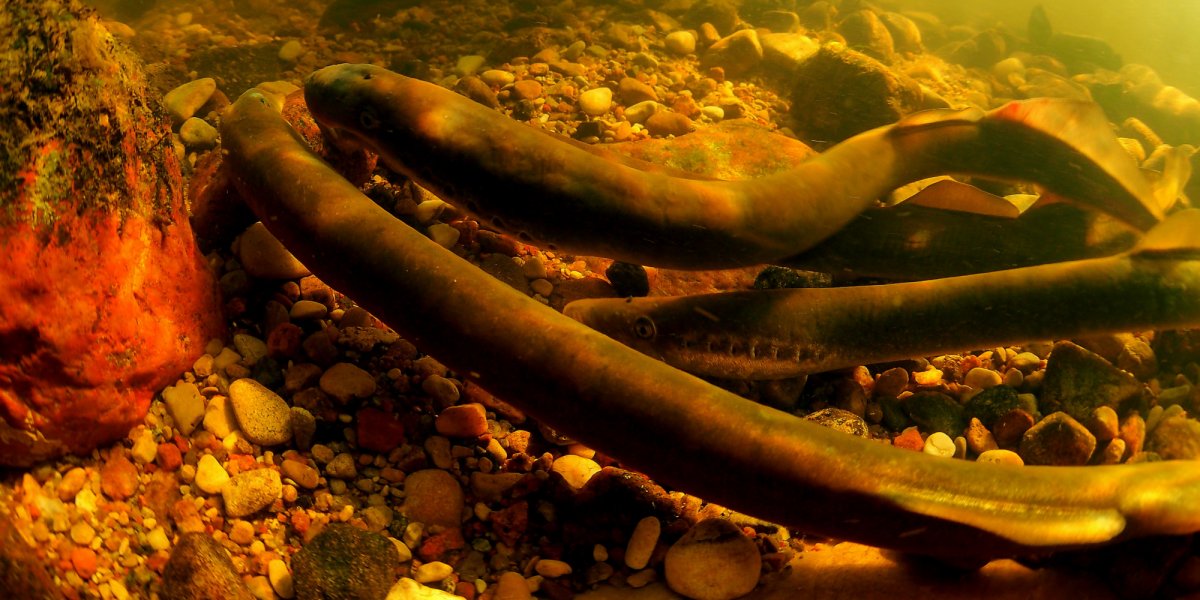 About 35 years later, in 1879, 38 Paiutes moved to Warm Springs. They had fought alongside the Bannocks in a war against the U.S. Army that took place in the southeastern corner of Oregon and southwest Idaho in the summer of 1878. After the war, many of those who fought were sent to Fort Vancouver and the Yakama Reservation in Washington. The 38 that moved to Warm Springs were the first of many other Paiutes that eventually settled on the Warm Springs Reservation.

Life changed dramatically for the tribes once they were relocated onto the Warm Springs Reservation. By the latter 1800’s salmon numbers were decreasing dramatically as commercial fishing operations were set up along the Columbia, harvesting unsustainable quantities. The soil of the reservation land was not as rich as some of the traditional harvesting areas, further straining their food supply. U.S. federal policies forced the tribes to adapt to other ways of living, sent children to unfamiliar, abusive boarding schools and forbade many of their cultural practices.

After failing to erase Native communities from the American landscape, U.S. government policy was guided by the Dawes General Allotment Act of 1887 which sought their total assimilation into American society as small farmers. The Act allowed tribal lands to be assigned to individual members, who could sell those same lands after 25 years if the government deemed them “competent” to do so. Any unassigned lands were made available to homesteaders, further fragmenting Native held land and their communities. By 1932, white people had taken over two-thirds of the 138 million acres across the country that had been set aside as reservation land as of 1887.

In 1934, between the two world wars, and in response to the Great Recession, the U.S. Congress passed the Indian Reorganization Act (Wheeler-Howard Act) which was designed to revitalize native communities by restoring tribal governments and providing reservation-centered relief.  Tribes could vote as to whether or not to accept the assistance provided by the Act, and some did not.  The Wasco, Warm Springs, and Paiute tribes studied the IRA carefully between 1934 and 1937 before making a decision to accept its terms. After organizing as the Confederated Tribes of the Warm Springs Reservation in 1937, it was in 1938 that they formally accepted a corporate charter from the United States and adopted organizational documents that were the beginning of a new period of tribal self-governance. 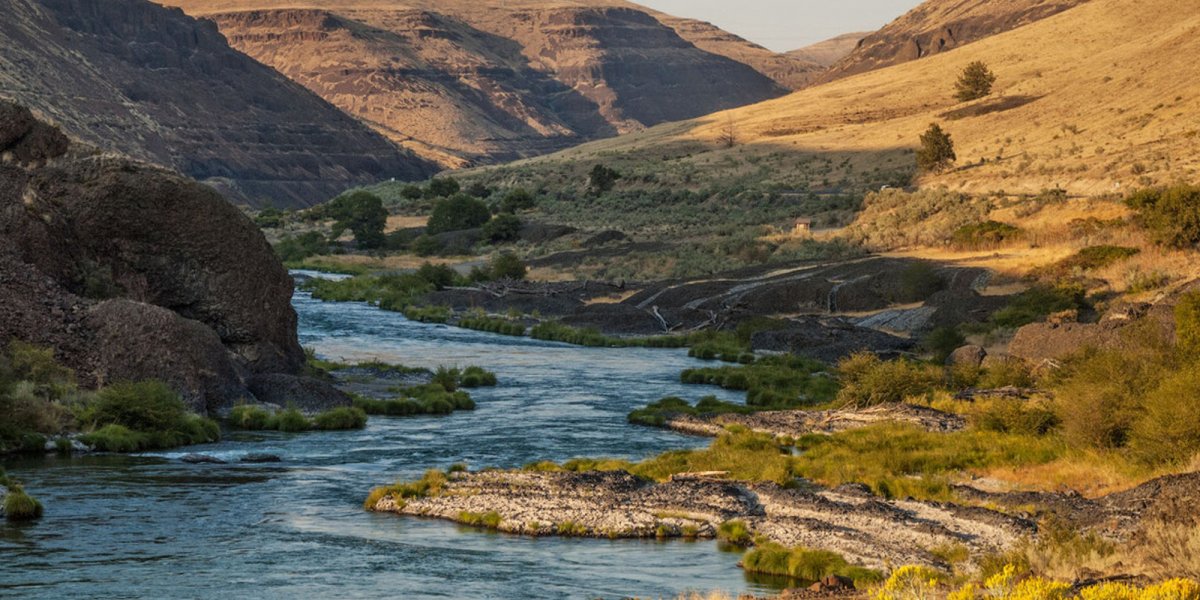 As we float the Deschutes River today, we are, at times, adjacent to the eastern boundary of the Warm Springs Reservation. Today, the Confederated Tribes of Warm Springs are led by an 11-member tribal council. The tribal government has a Branch of Natural Resources with the stated goal “to plan and execute a balanced direction for the protection, use and enhancement to all tribal natural resources.” Because of this, the tribe is very active in the protection and management of the Deschutes River ecosystem and co-manages the dams on the river. In addition, the tribe co-manages the Columbia, Deschutes, John Day, Hood River and Fifteenmile Creek watersheds. They have programs that address resource management as it relates to wildlife, fisheries, water and soil, forestry, range and agriculture, and cultural resources.

Today there are over 5,000 enrolled members of the Confederated Tribes.  Among many challenges, one that the tribes face is keeping their languages alive. Few native speakers remain.  Yet many ancient traditions and values persist including traditional feasts, the sharing of stories, and prayer songs that fill longhouses.

As we pass through the ancestral lands of the Tenino people, we recognize these communities and the significance of our travels through their territory. It is our hope, in doing so, to honor their legacies, their lives, and their descendants. Acknowledging the Indigenous communities whose lands we are visiting is an important first step in raising awareness about our collective history, their cultures and the continued disenfranchisement of Indigenous populations today. To learn more about the importance of these acknowledgements, please visit our Territory Acknowledgement page. We encourage you to visit the links to each Tribe above to learn more about the people whose land you will be visiting.

Books for more learning include: